You wrote an interesting historic article, Claudia. I enjoyed reading it.
“1884 which is the date on which the people of Turin … enjoyed the world’s first espresso coffee.”

I did not know that espresso has been known for so long, I thought it was a modern invention.
Wow! Chapeau to the people of Turin.

Thank you so much Olivia!
I am very pleased to be able to provide information, news or even a simple curiosity.
You’re right: espresso coffee is “older” than you might think.
And Italy is closely linked with coffee.

Yes, I have learned a lot about the importance of coffee in Italy on your blog, Claudia.

I always thought only about the coffee producing countries, lile Colombia in South America.

Of course there are also the coffee processing countries like Italy. Italians have formed an interesting coffee culture of their own, with mocha, espresso, latte and the likes.

Exactly!
We are not producers, coffee grows at different latitudes from ours, yet it has become part of our culture and it can be said that it is truly essential, a bit like tea for the English.

In Russia too both coffee and tea are very popular. It is also part of the national culture. Tea for many centuries already, due to trade with India and China, neighbouring countries; Coffee was introduced much later, I think it came via Europe.

We are the most caffeinated 🙂
Joke!
In Italy, on the other hand, tea is drunk but not as regularly as coffee and there is no particular tradition.

I also am “caffeinated”, Claudia. I used to drink up to seven or eight cups a day. Now I have cut down to two or three. Enough is enough! I love coffee.

So I give you honorary Italianness!

Before I go to my Russian classes, I always drink a huge coffee “latte” in a nice little shop with restaurant called “Magnolia”.

Oh this is so pretty!
Magnolia is a beutiful flower!!

In this case it is a good shop with excellent coffee near the bus station, where I catch my bus to ride to school.

Yes, exactly. It is the first pleasant stop. I drink a huge coffee “latte” and do my shopping there, before I take the bus to the language school. It is a pleasant way to begin the afternoon. My classes begin at 14:00h.

Very very GOOD!
How many hours of classes do you take?

I am taking four hours per week.

Four hours is a lot of information to learn every week.

Yes, it is. Therefore I concentrate on my Russian studies and am not doing much else on the side.

I would say it’s a great strategy: doing many things at the same time can sometimes not be productive.

There is a proverb in Russian: If you chase after two hares, you will catch none.

Right!
THANK YOU!
This proverb will be suitable for your collection!

Definitely. The Russian language is very rich and full of proverbs. If I continue to collect them all, as they are coming along during my studies, I will be able to fill about 10 tomes, Claudia.

So it won’t be a book, but a real encyclopedia!

Oh, dear! This is a full lifetime’s work. How many years have I got left for such an undertaking?

In general you have many many years ahead of Olivia, and you can devote them to what you prefer of course, but I have learned that writing is really part of your nature.

I will continue to write and publish until I drop dead, Claudia. I hope to have some more creative years ahead of me.

Yesterday was “Russia Day”, and the Russian President conveyed the “Order Of Labour” on a 90 year old journalist who worked or is still working for Rossiskaya Gazeta. Now this is a good age to still be alive and working: 90. Wow! She thanked the President with kind words, a lively red-head and very intelligent little lady.

I wonder why some people get Alzheimers with 60 and others are clearminded even at 90. Is it the genes? Is it wrong way of life or food, is it bad circumstances that make people lose their minds early? What do you think, Claudia?

Olivia you ask me a question that I torture myself about.
My mom died at 54.
Compared to the 90-year-old reporter you described, or compared to many others, she lived halfway through.
Why?
it is unfair indeed.
Fate?
Sometimes I have to think about that to try to “accept” even if in reality accepting is impossible.
You ask me if it’s a genetic question. I don’t know Olivia.
I don’t want to think it’s just that: I want to hope that there are other factors, other variables, other hopes to hold on to. But maybe I’m wrong …

I am sorry for your mother’s early death. 54 is far too early!

My mother died with 56 of cancer. That was also far too early. Actually, she did not even reach the age of 56, four days were missing. Her birthday is or was on the 4th of November 1924. She died in a hospital in Munich, Germany, on the 31st of October 1980. In her case, it certainly was not genetic. Nobody in our family has ever died of cancer, neither before her nor after her.

I too am deeply sorry for the death of your mom Olivia. <3
I hug you very tightly.
In many ways the fate of your mother and mine have points in common.
These nasty inexorable diseases are terrible and leave scars in the soul of the helpless carer.

Thank you for your empathy, Claudia. Did your mother die of cancer, too?

Thank You Olivia <3
Yes: cancer. Carcinoma.
She faced it, she tried to the end to live her life to the full.

What a courageous woman your mother was, Claudia. How sad she had such a short life.

For real. Very sad. It’s unfair.
I would like to know how to be even the smallest part of who she was.

I am sure you have inherited some good traits from your mother.

This can only make me happy and extremely proud!
Heartfelt thanks Olivia!

You are most welcome, Claudia. We need to cherish the good character traits we inherited from our mothers. They are the most valuable goods in life.

Really the most valuable goods in life.
I completely agree with your words.

Absolutely correct!
Although on an outward level I look more like my father.

There are people who compare their photo from when they were little, with the photo of their parents as children and they are almost identical.

With the years, I resemble my mother more and more, my looks as well as my character. It is a strange thing, how genes work. What do you think about this, Claudia?

I believe in genes because I see a striking resemblance between my husband and my son. Not so much on an aesthetic level as in some small things that I see in my son that literally leave me speechless.
And he thinks that I sometimes get tired of talking and then so, out of nowhere, in a completely natural way, my son comes up with phrases that with my eyes closed I might think they came out of my husband’s mouth. And I notice the same thing in attitudes, tastes, if I were not trying it on my skin, I would never have said that DNA could be so strong, because in reality I have not experienced or perceived it in the same way as regards me and my parents. Or between me and my brother: I love him but we are very different.
Then your case is different: the genes have shown themselves over time.
Do you think your mother as a girl was like you were?

These are astonishing things you have observed, Claudia. Such strong similarities between your husband and your son prove that DNA is at work. Of course, this is easier to notice in other persons that in oneself.

I really do not know much about my mother’s youth. I can’t say whether she was like me as a girl. I can only see that I am getting more like her in my habits and behaviour as I grow older. This might be partly due to her education that sticks, or it might be DNA – or both.

You are right: it is more difficult to notice aspects of behavior in ourselves than in others.
I believe that education has certainly also influenced, but if you didn’t find something right, right now you wouldn’t do it, would you?
Maybe the DNA part can be preponderant?

My mother had a strong character and she was very strict. So no, Claudia, I did not dare to rebel against her commands. What she did not approve of, I did not do. Later in life, I had so internalized her views that they became mine, too. One of her views was: “Work hard, be successful and independent financially”. This is what I did. It was not a bad idea at all.

No, that wasn’t a bad idea at all.
In this your mother is undoubtedly to be admired because she pushed you to use your skills to build a future.
This represents strength and independence although for a woman of her time it was perhaps less usual.

I am thankful to my mother for what she did for me. She saw my potential and encouraged me to develop it fully.

And I think this can be an immense satisfaction for a mother!

Yes, Claudia, this is true. 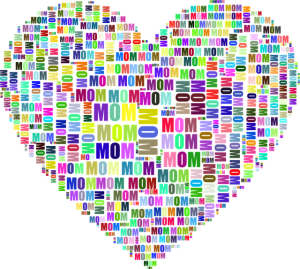 A date holds such weight, so I love that focused on 1884 as relevant to a bigger picture in which many different kinds of art come into being!

I totally agree with you.
Time is always precious, but there are some years that I remember for particular reasons, others of which I have more faded memories.