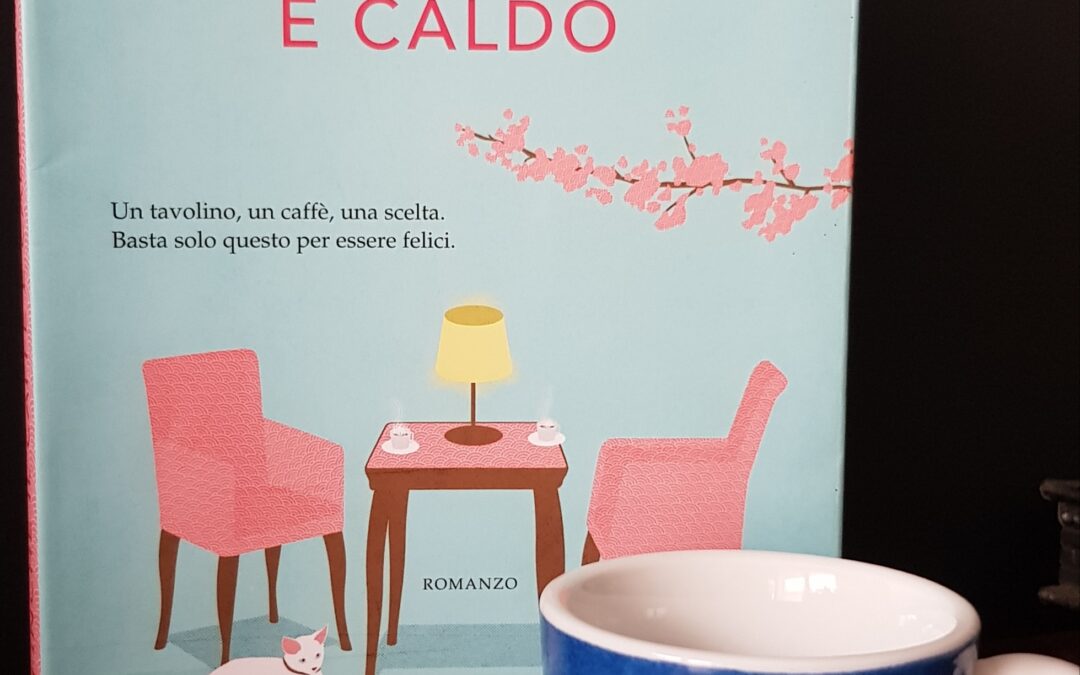 BEFORE THE COFFEE GETS COLD

Before the coffee gets cold is the first of Toshikazu Kawaguchi川口俊和 trilogy best sellers, we had already talked about it here.

While reading it, I also found a nice description about the now famous siphon coffee!

The author describes a depression coffee pot, however I don’t really like the word “depression” combined with the coffee pot, which instead represents a small happy moment. 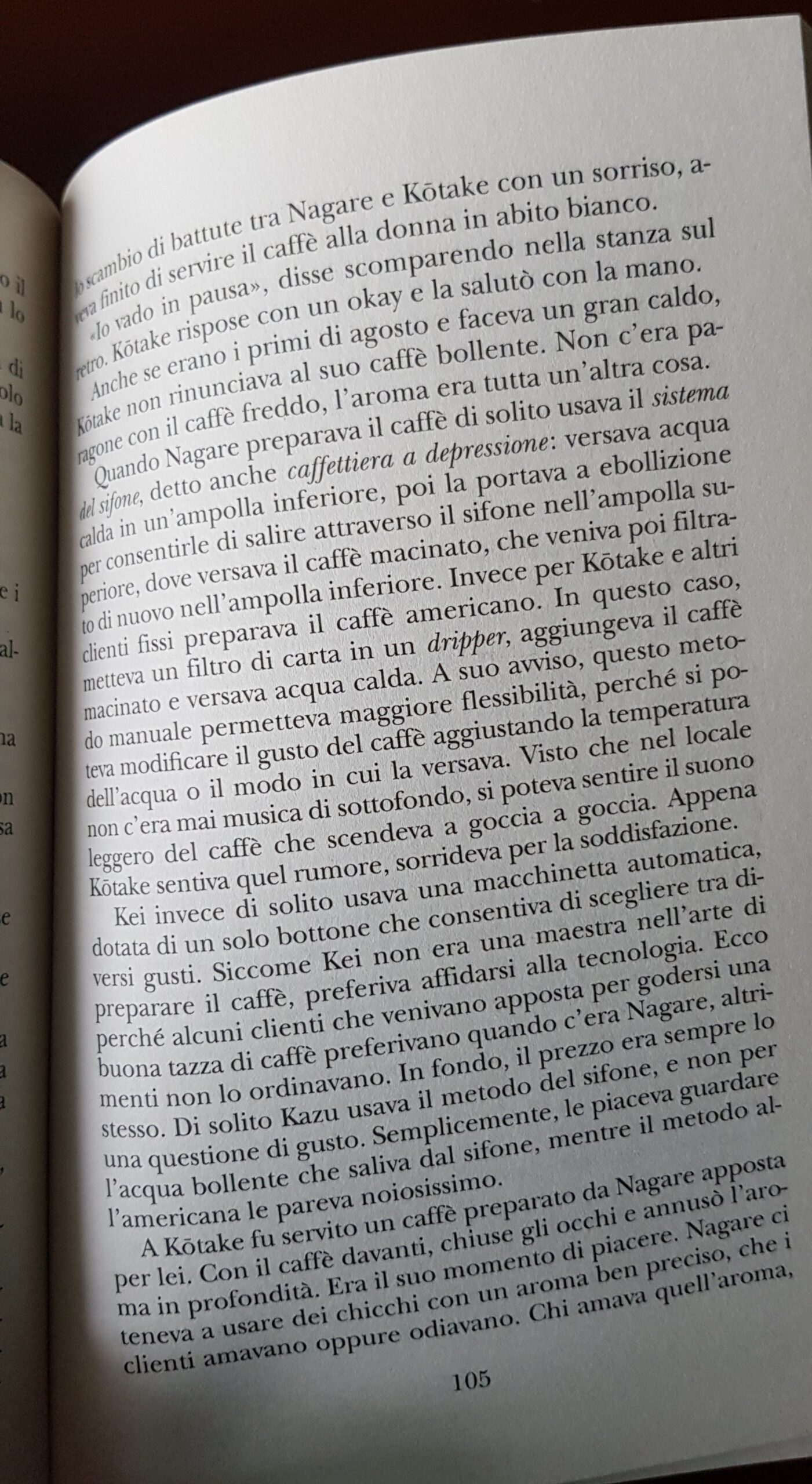 In any case, the ritual is told like this:

Nagare poured hot water into a lower cruet, then brought it to a boil to allow it to rise through the siphon into the upper cruet, where he poured ground coffee, which was then filtered back into the lower cruet.

Coffee plays a very important role in the stories told in Before the coffee gets cold, stories touching deep inside.

If you had the chance to say something that you should have told or would have wanted to say, in a moment that has already fled away, however, what would it be?

I know, it’s getting very personal here, because these thoughts are generally dedicated to the affections.

In the meantime, I would also propose a fantasy variant, somewhat keep calm style …

Such as pointing out to Michael Stipe that R.E.M.’s decision “to stop being a band” caused a loss for the music.

Or, still about Japan, asking Sofia Coppola if she foresaw how much Lost in Translation fans would not let the whispering “come between” them and the curiosity of discovering Bill Murray’s words in Scarlett Johansson‘s ear.

Or just thank Meryl Streep now and always for showing the world that true Beauty has no canons, and that producing King Kong should have presupposed knowledge of the important underlying message about who the real monsters are.

All this only ever before the coffee gets cold …

I must acknowledge the undoubtedly brilliant idea of the author, who among other things made an unusual choice for the context: in the book itself he tells us that

coffee arrived in Japan in the Edo period, towards the end of the 17th century. At first it did not satisfy Japanese taste buds, and it was certainly not considered a pleasant drink, but then again it was not surprising since it tasted like black, bitter water …

Fortunately, things have since changed 🙂

What about you, did you love coffee right away or did you experience an evolution? 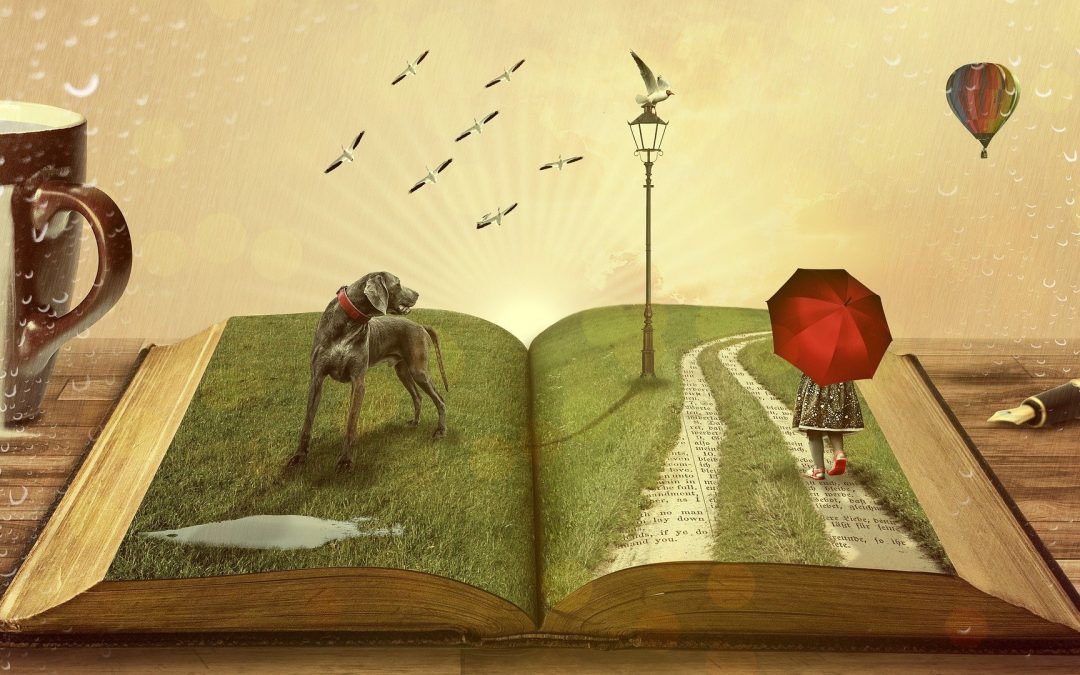 I find that this sentence by Victor Hugo somehow fits the thoughts that this video by Ugo De Cresi gives:

Do you understand why I get angry when Lomellina, this land of rice paddies and beauty is poisoned?

Don’t you seem to really perceive that thread of infinity that is mirrored, like the sky, and leads you to breathe in a better dimension?

That flight of sacred Ibis is a melody of freedom and harmony.

Yet, the Ibises are not at home, indeed, environmentalists consider them an invasive species because they are not native, a bit like the otters.

But how did they get here?

The man brought them to us.

Always we who break the balance …

Paradoxically, they turn out to be extinct in Egypt, where they were depicted as the representation of the god Thot.

According to Treccani, Thot was revered as the god of writing and magic formulas, and obviously I can’t help but think immediately about the magic of books!

What is the book that triggered the magic for you?

What is the book that made you feel at home like an Ibis in Lomellina?

What is the book that made you fly tied to the infinity thread? 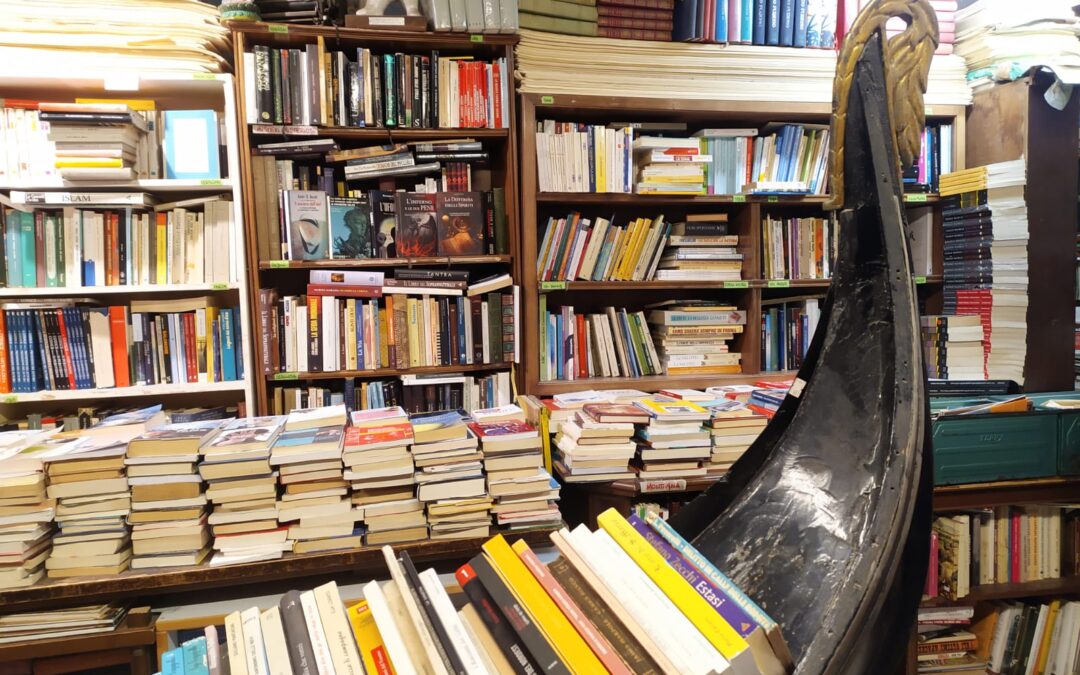 “Welcome to the most beautiful bookshop in the world”
It is Luciana who gives us this visit!

If you know what it means to breathe the bohemian air by browsing the stalls along the Seine, for example, you have the perception of what the magic of a specific place is unique in the world, as in this case.

The human owner of the Acqua Alta bookshop, who for some was a marketing strategist and for others a dreamer, is Luigi Frizzo, but the real owners are cats.

I have already talked about Venice cats and about Luciana, but I haven’t told you yet that we met at school: even then she was doing her utmost to bring milk for the kittens that had been abandoned in the school yard we attended together. Also this picture is hers 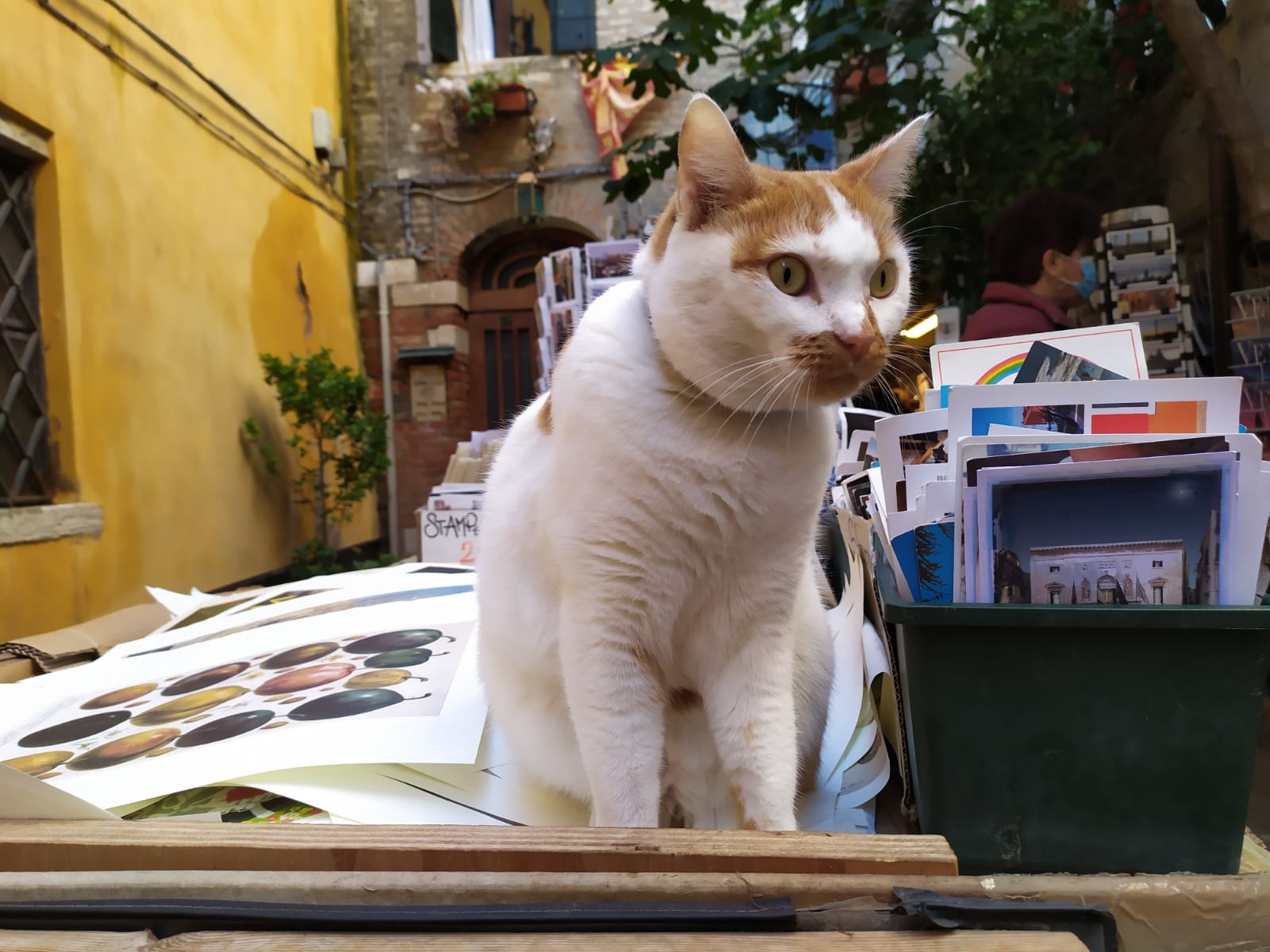 So THANK YOU Luciana!

And you? Do you have any photos of the Venetian felines? Or cats and books?

I love the attitude of cats and I find that in Venice their living appropriating beauty naturally, ignoring anyone and anything with a seraphic attitude, becomes even more representative.

A sort of estrangement that recalls the moments of reading, the satisfying one, the one you wish it would never end.
The reading that has already captured you at the first sentence and that provokes the curiosity to know what is going to happen on the next page, the reading that literally transports you into the story, into its world, which also becomes yours.

What is the first book you would look for at the Acqua Alta bookshop?