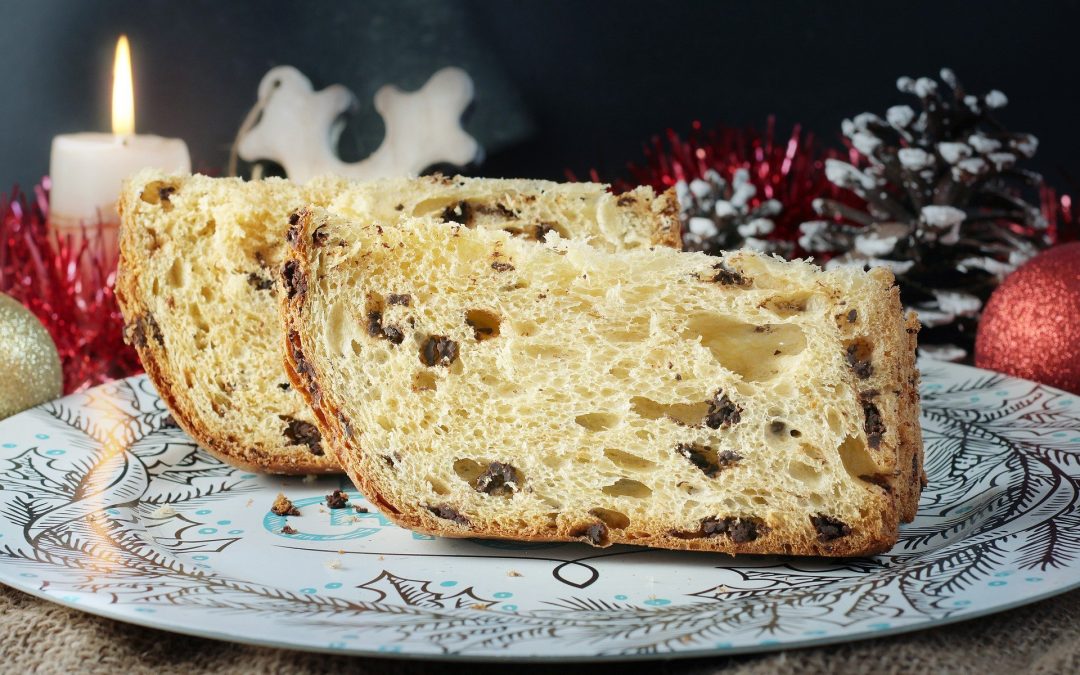 Suspended Panettone is a Milanese initiative that takes its inspiration from the famous suspended coffee in Naples.

With Laura from At Amalia’s table we have already made a comparison between Naples and Milan to understand the most common habits and ways to drink coffee.

And, as a curious coincidence, in recent days we found ourselves studying Christmas sweets starting from the tale of the legends about Panettone.

I therefore find this new intersection between Naples and Milan even more beautiful because when it comes to generosity there is always something to learn.

Suspended panettone arises from the assumption that unfortunately many people find themselves facing conditions of extreme discomfort, with the aggravating consideration that the situation is constantly and constantly worsening.

Of course, Panettone cannot make any difference, but it can represent a very small gesture, an outstretched hand, a breath of warmth on a day that should be peaceful for EVERYONE.

Therefore, using the Naples system, according to which it is possible to pay for a coffee at the bar leaving the manager the right to offer it to those who are unable to, even in Milan you can buy a Panettone that will remain waiting to be donated.

Furthermore, to each suspended Panettone, the pastry shop will add another in order to double the total number of panettone to give.

To orchestrate this initiative, an ETS was born: “Associazione Panettone Sopeso” which will deliver the panettone to two Milanese structures: the Enzo Jannacci reception home and the Custodi Sociali of the Municipality of Milan.

The patisseries giving this opportunity are recognizable through an exposed logo 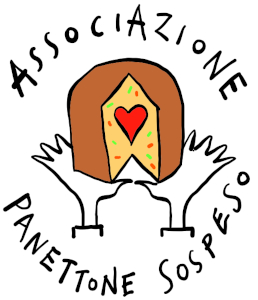 and the list, complete with addresses and coordinates, is available on the website where it is also possible to donate online.

It is Christmas and on the Navigli, as in the center of Milan, it is no longer possible to enter the shops: the meager or the hefty salaries allow everyone an ungenerous crowd in search of a happiness that is not there, or that at least cannot be bought. This year I put out the candles: everyone invited me, but that night I won’t do anything different, nothing that I don’t always do, just like when I was a child; at the limit we changed rooms, we went from the room to the dining room to see if Jesus had arrived, and to eat the panettone, which was then called “el pan de Toni” … 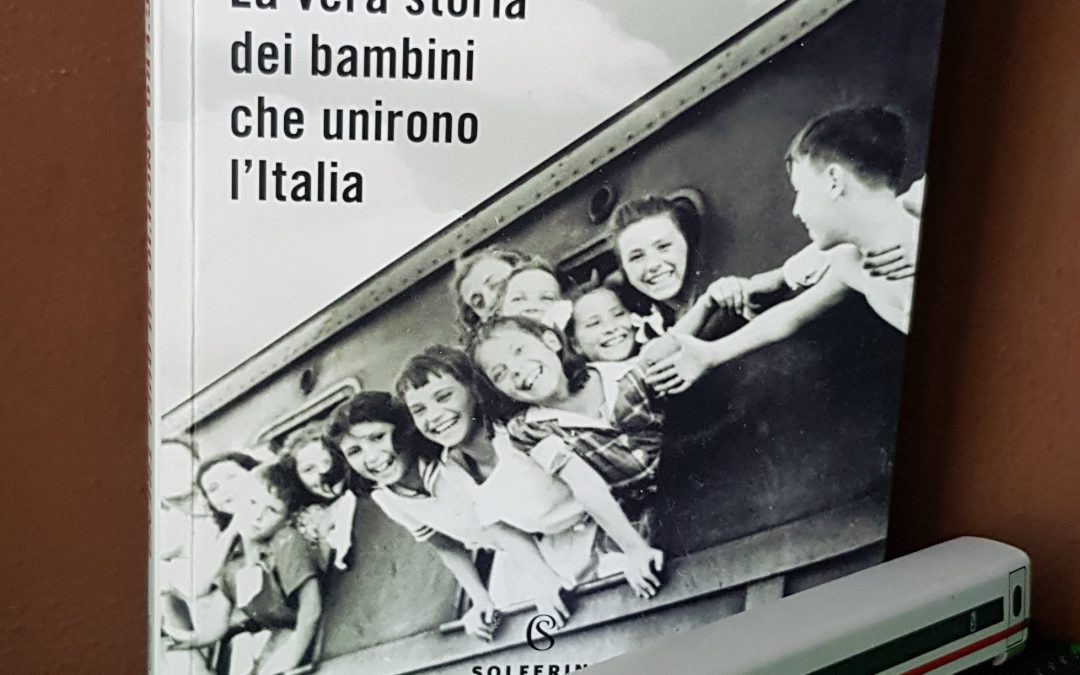 In thanking Giovanni Rinaldi once again, I am happy to tell you about his new book There was me on that train too  The true story of the children who united Italy published by Solferino.

There was me on that train too is published exactly twelve years after Happiness trains, years during which Giovanni Rinaldi never interrupted his historical research which, with his tireless human commitment, has turned into a real mission to bring together the protagonists of a chain of wonderful solidarity.

In the post-war years, thousands of children were hosted by generous families who pledged to offer them what they had been deprived of for various reasons, welcoming them and treating them as their own children.

Giovanni Rinaldi’s essay starts from the tragic consequences of a strike in San Severo in 1950 following which more than a hundred people were arrested: mothers, fathers, leaving many children in the middle of a street.

I know, I have already written it, but for me the dialect, as well as the oral tradition, are an absolute heritage that, if it were not for people like Giovanni, we would lose.

And instead with his persevering efforts, Giovanni continues in the collection of testimonies that extends to children forced to work in Naples, to children who survived the bombing of Cassino, and to many other cases in which conditions of extreme difficulty have made the help to parents providential, since they were unable to support them.

The organization, transfers, communications between families of origin and host families took place at the initiative of the Communist Party but in particular by the UDI: Unione Donne Italiane.

In this regard, with my love for Christmas, I read with particular emotion the part in which Ida tells of her commitment to collect from various shopkeepers, the necessary to make a Tree set up with candies, biscuits and gifts.

The magic, however, breaks to the point where Ida remembers how the secretary, annoyed at this initiative of hers, even scolded her with a slap …

Women and Mothers who weave their lives in function of the good for the children, managing to put themselves in each other’s shoes, understanding, working, sacrificing.

I particularly want to remember with affection Americo to which I am grateful for the great teaching on maternal love that he has given me.

The letter from Umberto’s mother is also enchanting:

… The hearts of us mothers of the tormented Frosinone greet all of you who come to meet us, and we greet this beautiful work organized by our Communist Party.

… I hope to receive more news, and if the Lord will provide me before Umberto returns I will come to see you.

Not that words to thank her for what you are doing for my son, but may the Lord give you back all the good you deserve …

She thanks the party and hopes in the Lord and yet I find no contradiction, on the contrary I admire the wonderful coexistence of thoughts that have the heart as a common denominator.

Heart that I found on every page.

Among the chapters of There was me on that train too, dedicated to each of the children he managed to track down, Giovanni Rinaldi tells us how he managed to trace the families who offered generous hospitality, starting from fragments of memories, names often lacking of references, photographs of a very distant time.

A meticulous work but above all a strong sensitivity combined with the noble intent to realize the desire for reunification of these people who life has inevitably led to distance themselves.

I don’t know if you were able to follow the interview on Rai Uno, otherwise you can retrieve it here at approximately 1 hour and 1 minute.

I advise you to see him to realize how Giovanni’s attitude towards the people he met is: while Severino and Diego tell their experience, he observes them with a smile that says more than any word.

And this is the feeling of extreme respect that runs throughout the book. Giovanni himself tells us that “these elderly gentlemen, when they speak, are the children of the time who tell … and it is also a therapy: going back to those moments means bringing out both the traumas and the joys.”

And as much as Giovanni acts as a channel that allows memories and stories to flow that are faithfully reported, he also gives us descriptions of the context so precise as to make us feel transported to the same place, enveloped by the suggestion that the scope of enormous loads of emotions encloses.

I conclude by leaving you this beautiful metaphor about Benedict:

… opens the door: a beam of light illuminates the darkness. Outside and inside, as on a border, they all remain still, suspended ...