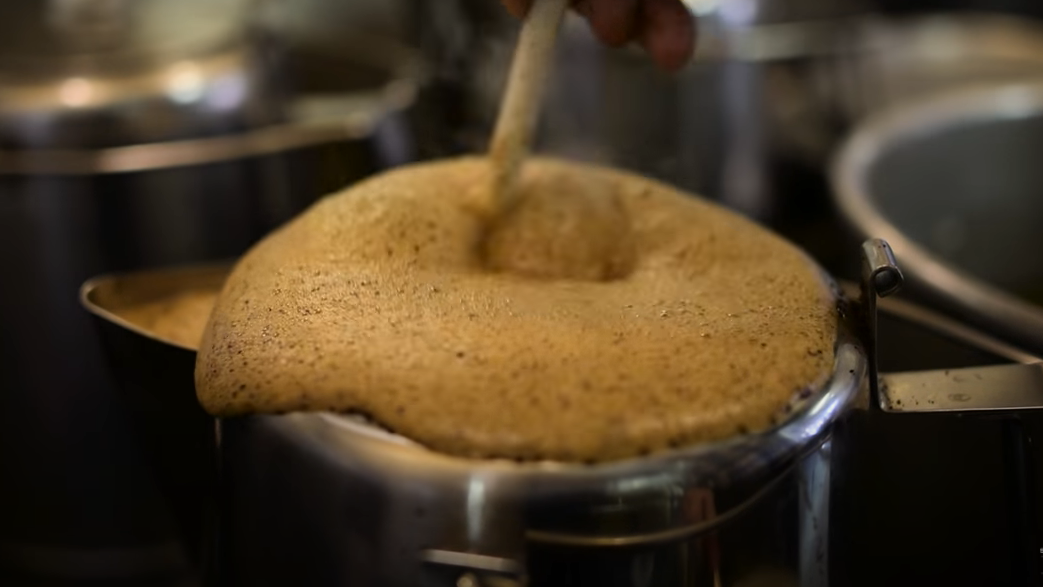 Wandering around, unfortunately only in a virtual way, better than nothing, I came across the egg coffee.

Did you already know him?

I found it in Minnesota, where the tradition of this recipe is carried on, which is actually referred to as Scandinavian.

And at this point I would ask for Luisella‘s help.

In the Midwest, coffee with egg is also called Lutheran coffee or Church basement coffee and has become a local specialty, apparently no longer known in Scandinavia as evidenced by the tone of this Minnesota Brown tweet.

By the way Salem! Curious coincidence, isn’t it?

The connection between Scandinavia and Minnesota dates back to the mid-1800s when Scandinavian immigrants brought their method of making egg coffee to the Midwest of the United States to improve the suboptimal coffee available.

The egg absorbs the tannins and impurities that typically lend bitterness and unpleasantness to cups of low-quality boiled coffee.

Swedes and Norwegians invented this method of preparation, which requires breaking a whole egg into the coffee grounds with a little water, mixing everything together.

After bringing the water to a boil in a coffee pot, the coffee blend is added, which must remain in the infusion.

It doesn’t look bad, what are you saying?

Instead Joy Estelle Summers tells for Eater: I remember watching my grandmother who made us egg coffee when we visited his summer cabin on the orange shores of Lake Esquagama, Minnesota. She broke an egg into a small bowl and beat it until it was well blended, then mixed the egg with the dry coffee grounds …

This grandmother‘s memory is beautiful,  right?

And your grandmother, what did she prepare?