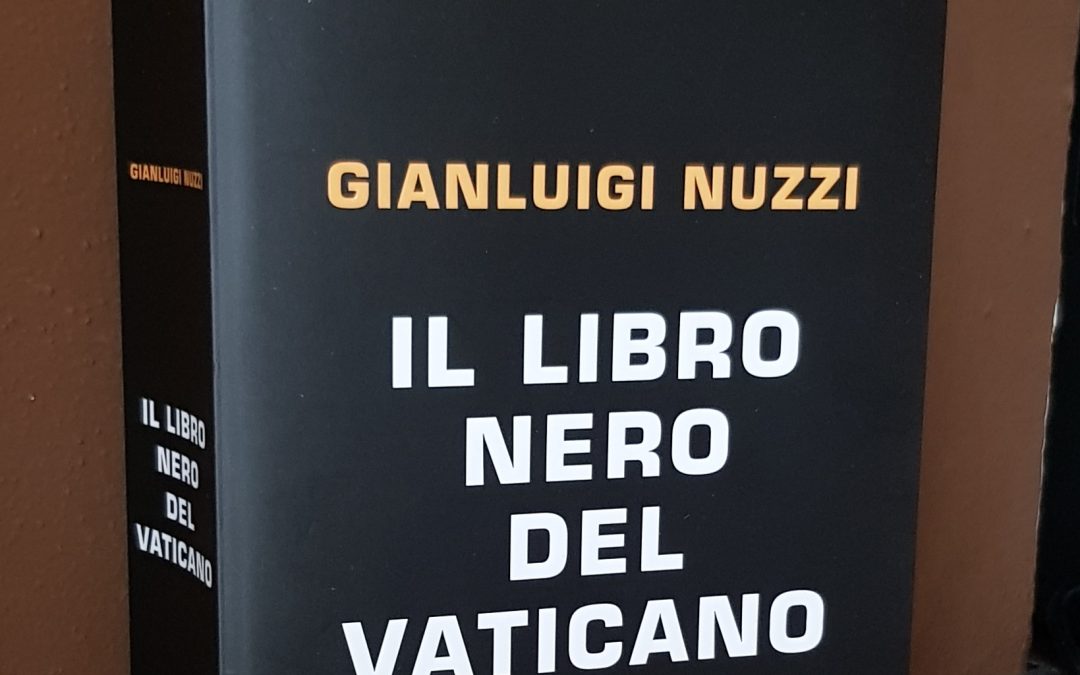 THE BLACK BOOK OF THE VATICAN

The black book of the Vatican, published by Chiarelettere, is such a tome that it can hold the cup as a secure support …

In reality it is a collection of five books:

Way of the cross

So at once I rattled off what I perceived as mysteries of a rosary. All painful, though.

Honestly, it took me more stomach in this case than reading Stephen King … other than horror …

In reality, Gianluigi Nuzzi tells news from chronicle that are well known, that we have lived and heard, but up to now I had remained only on a superficial level, except for the case of poor Emanuela Orlandi whom I have always followed with impotence, maintaining the thought to family members.

The black book of the Vatican shows documents that report mind-boggling figures, tells anecdotes that in my opinion surpass even science fiction, but above all it outlines the tragic weakness of the human soul with respect to the power of money in all its subtle manifestations.

Gianluigi Nuzzi was tried on charges of putting the economic security of the Vatican at risk, and for the dissemination of confidential information, in the context of the procedure known as Vatileaks 2.

This is his statement on the day of the sentence:

Today, for the first time in the history of the Church, the Vatican court will unfortunately pronounce a sentence on a journalist, accused of how he did his job. The prosecution asked for a year in prison for me. In their opinion, I was guilty of “moral competition” given “psychological impulse” with my “presence and availability” for the dissemination of confidential information by those who had to keep the secret. The accusation is all here. I hope after the sentence – whatever it may be – that journalists with their “presence and availability” will always be on the hunt for information, meeting sources to bring you all news, rooms from every country (or almost obviously). Perhaps uncomfortable news, on the malfeasance and mismanagement of community money, even the offers that citizens give to the Church. Being present and available is a professional ability not a crime. So freedom of the press is loudly at the center of this absurd process. This is why I am convinced that today the court will not pass this unacceptable idea. For this I will go to court with my head held high with your incredible support in my heart. Thank you

There is also a parliamentary question to the European Parliament for the trial against Nuzzi, which will be acquitted, as published in Avvenire, because the alleged facts occurred outside the ordinary jurisdiction of the Vatican Court.

Avvenire also reports the declarations of the director of the press office, Father Francesco Lombardi who reiterate the reasons: this trial had to be done above all to demonstrate the will to decisively fight the demonstrations and the incorrect consequences of the internal Vatican tensions and controversies, this was not in any way way a trial against the freedom of the press.

A German production television series is currently in progress, based on the Vatileaks scandal and the subsequent resignation of Pope Benedict XVI, edited by UFA Fiction which acquired the rights and appointed Gianluigi Nuzzi as Head Consultant.

Producer Peter A. Weckert said: The truth has to come out!

Will the truth come out for real?