WALKING ON THE VIA FRANCIGENA 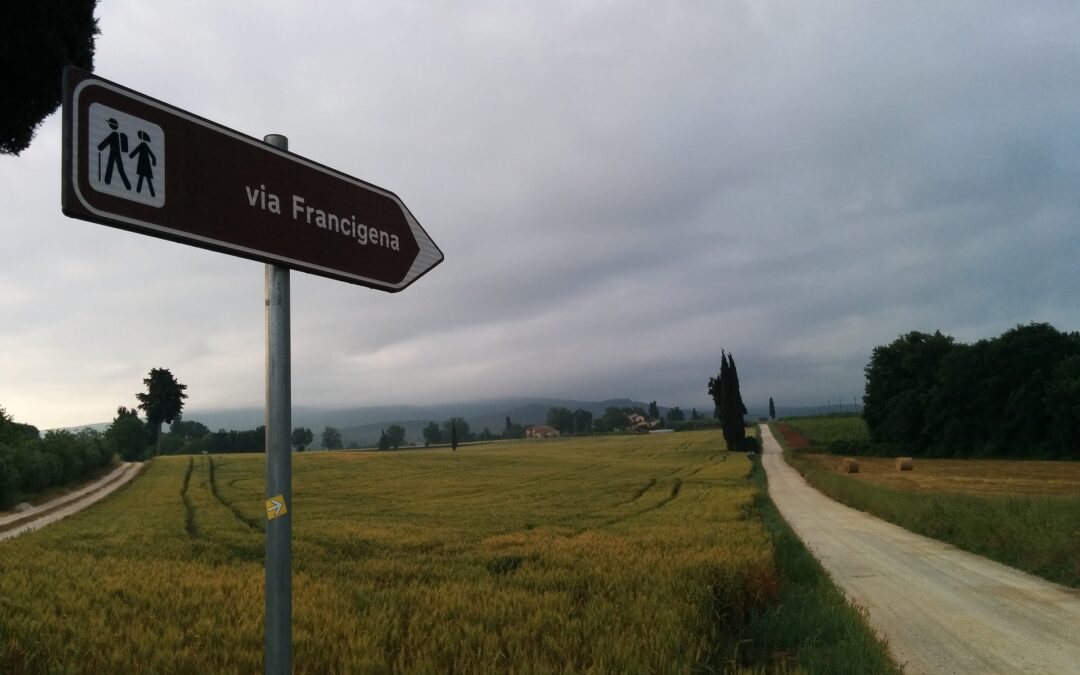 As often happens, Monica tells me a good story, but this time it is not written in a book: the story of Cindy Nanette and Mina, and it is only at the beginning.

They left Pontarlier in France on September 10th and are planning to arrive in Rome for Christmas.

These days they are in Lomellina: today in particular in Mortara, after having made a stop yesterday in Robbio

I, who was a child, let’s say … a little earlier

I immediately thought of Remi, Joli Coeur, Capi and Zerbino, but beyond the poetic image I find the message that embodies leaving now really important.

Since it was declared a Cultural Itinerary, the Via Francigena has taken on a further role in addition to the spiritual one and initiatives connections and contacts have multiplied, thanks also to the web network that offers valid background support.

What struck me, however, is the particular “historical moment”: while everyone closes, while more or less visible barriers arise, Cindy Chopard sets out, relying on the good heart of the people and hospitality.

The idea of reaching the goal for Christmas is not of secondary importance. Curious coincidence: I underlined the 100 days countdown  exactly one month ago.

But as the scenario changes from day to day, perhaps never as now we are all living in the uncertainty of what this Autumn, which is presenting its first colds, and the next Winter will have in store for us.

So everyone has before her/him a sort of journey made up of different steps, to be taken more or less metaphorically, during which we can perhaps follow some other stages of Cindy and her traveling companions.