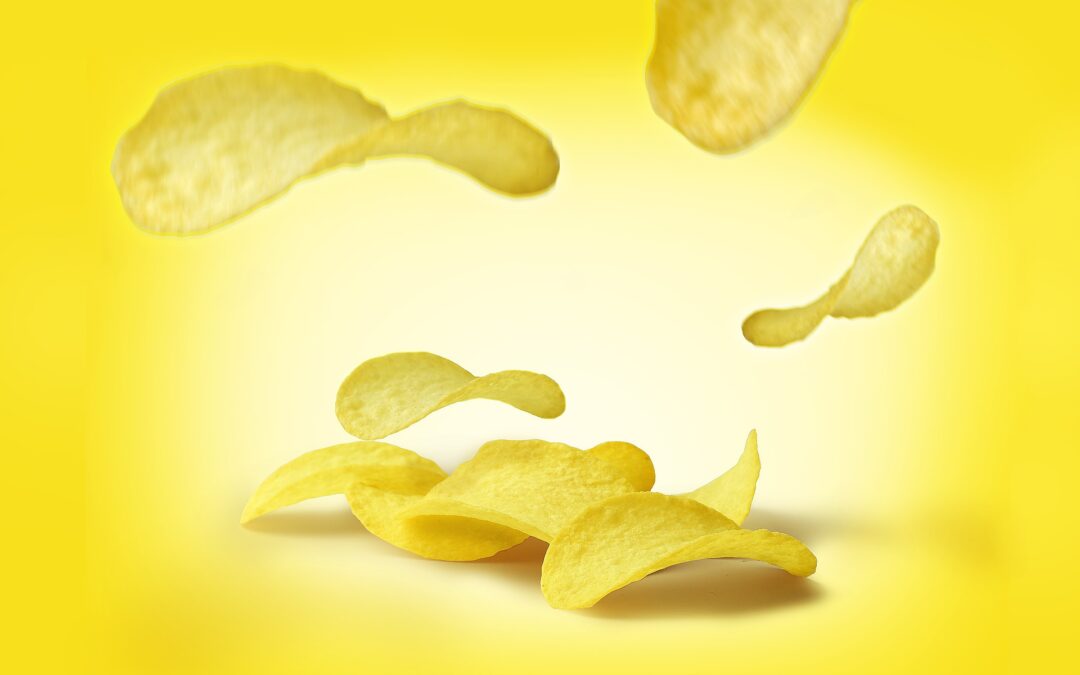 Don’t call them chips because they don’t contain potatoes, and that’s not even news: the term potato chips has become part of our language to imply slice of potato, usually fried: a package of potato chips as stated in Garzanti.

The Georgofili Academy attributes its invention to George Speck, also known as George Crum based on the legend that wealthy financier Cornelius Vanderbilt one day sent back a plate of fries three times dissatisfied with the cooking. So Crum cuts the potatoes into wafer-thin slices and fries them until they are so crisp that they cannot be eaten with a fork, and seasons them with lots of salt.

Later George Crum opened his own restaurant and began marketing the fries, which, in 1920 would be packaged in pouches.

As children we knew them in the classic Pai bags and then in slang we continued to call chips other kinds of bagged snacks although they were composed of corn, cheese or other ingredients.

Similarly, when we were children, saying flour corresponded to referring to the product of grinding wheat.

Instead, we now talk more about pseudo-grains and have come to the “new” protein flours, if we can call them that.

Various sites can be found that as an alternative to high-protein flours such as legume flour, for example, market flours made from dried grubs.

These are not urban legends, or even generalizations, it should be specified, but ingredients that are specifically stated in the labeling.

With one of these flours, “chips” have been produced, but perhaps they should be called something else, don’t call them chips.

What would be an appropriate name in your opinion?

Do you think you will eat any kind of food with these flours?

Is the feeling of annoyance that I personally feel only a psychological question?

According to a survey by Coldiretti dated May 2021 following approval by of Europe to the marketing of insect-based foods, 54% of Italians consider insects foreign to their food culture.

Are you in favor?
Is this just a protein like any other to you?

There are
26
Days before Christmas

wpDiscuz
2
0
Would love your thoughts, would you add your comment? Thanks.x
()
x
| Rispondi