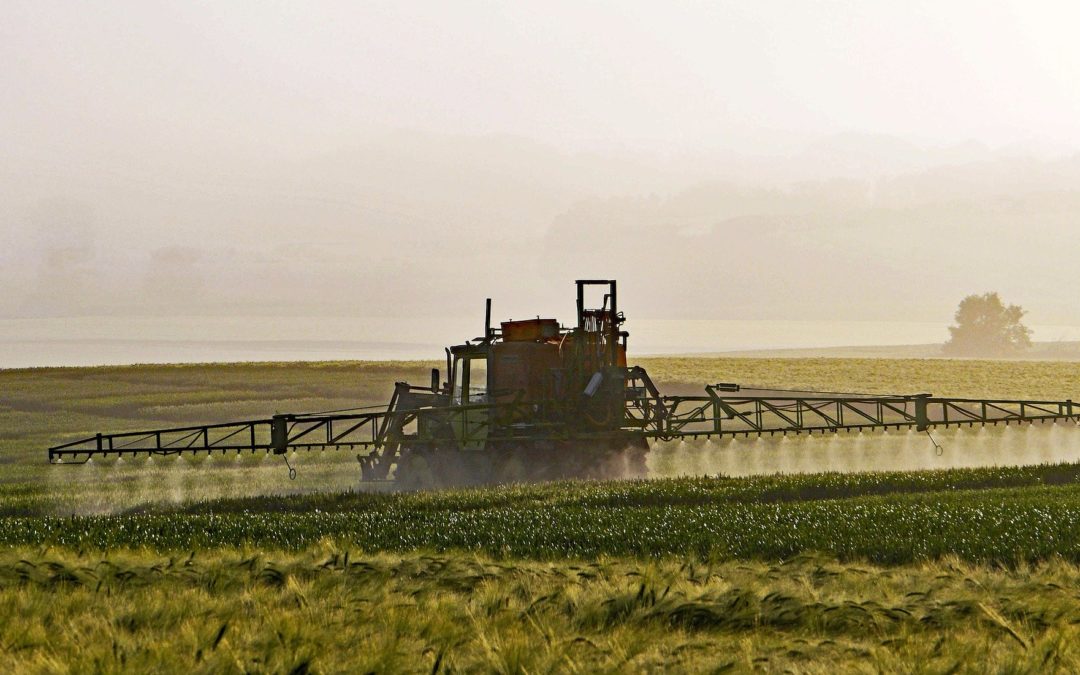 Glyphosate is a molecule of the family of amino acids, discovered by Monsanto in the early 1970s.
It consists of an amino acid, glycine and a phosphoric acid molecule joined together by a nitrogen bridge.

And it’s the active ingredient in Roundup:
when sprayed on the leaves of the plants, it penetrates through their green parts, is absorbed and then diffused – technically it is said to be translocated – through the tissues and transported from the sap to the roots and organs of propagation and reproduction of the plant (rhizomes, stolons , bulbs, bulbils). Once penetrated, glyphosate inhibits the production of an enzyme called EPSP synthetase, which in turn prevents the plant from producing the aromatic amino acids essential for its growth and development.

At the beginning of the 70s the population had 3 billion 682 million people, destined to reach 4 billion by 1975.

In 1992 the patent expires and Monsanto is ready with more effective new products.
A progressive evolution of the Roundup therefore begins, which becomes an increasingly concentrated product.

With the arrival of the new millennium, the need to limit disposal costs is added to the need for concentration, and both lead to the new Transorb technology based on a mixture of surfactants that reduces the interval between application and sowing in just 6 hours. .

But the escalation continues: Roundup 450plus, Roundup 360power, and then Platinum in 2013.

March 4, 2013 is the date at the bottom of the letter that Marion Copley, a biology graduate with a master’s degree in animal husbandry and veterinary science, serving the EPA’s toxicology department for 30 years, writes to her colleague Jess Rowland nicknamed “Monsanto’s mole” “:

Jess,
Since I left the Agency with cancer, I have studied the tumor process extensively and I have some mechanism comments which may be very valuable to CARC based on my decades of pathology experience. I’ll pick one chemical to demonstrate my points.

Glyphosate was originally designed as a chelating agent and 1 strongly believe that is the identical process involved in its tumor formation, which is highly supported by the literature.

-Chelators inhibit apoptosis, the process by which our bodies kill tumor cells.

-Chelators often damage the kidneys or pancreas, as glyphosate does, a mechanism to tumor formation -Kidney/pancreas damage can lead to clinical chemistry changes to favor tumor growth.

-Glyphosate kills bacteria in the gut and the gastrointestinal system is 80% of the immune system.

Jess, you and I have argued many times on CARC. You often argued about topics outside of your knowledge, which is unethical. Your trivial MS degree from 1971 Nebraska is far outdated, thus CARC science is 10 years behind the literature in mechanisms. For once in your life, listen to me and don’t play your political conniving games with the science to favor the registrants. For once do the right thing and don’t make decisions based on how it affects your bonus. You and Anna Lowit intimidated staff on CARC and changed MI ARC and IIASPOC final reports to favor industry. Chelators clearly disrupt calcium signaling, a key signaling pathway in all cellos and mediates tumor progression. Greg Ackerman is supposed to be our expert on mechanisms, but he never mentioned any of these concepts at CARC and when I tried to discuss it with him he put me off. Is Greg playing your political games as well, incompetent or does he have some conflict of interest of some kind? Your Nebraska colleague took industry funding, he clearly has a conflict of interest. Just promise me not to ever let Anna on the CARC committee, her decisions don’t make rational sense. If anyone in OPP is taking bribes, it is her.

I have cancer and I don’t want these serious issues in MED to go unaddressed before I go to my grave. I have done my duty.
Marion Copley March 4, 2013

This page was created in her memory.

The public debate on carcinogenic risks related to glyphosate begins only two years after her death.

In 2016, in fact, the gardener Dewayne Johnson, following a diagnosis of non-Hodgkin lymphoma, filed a lawsuit against Monsanto for using Roundup.

In October 2018, the popular jury sentenced Bayer and $ 250 million in damages for punitive damages + 39 for damages.
The sentence is then reduced to 78 million in total.

In 2020 Bayer entered into a record deal of over $ 10 billion in plea bargaining for tens of thousands of lawsuits filed for glyphosate-related diseases.

However, the Roundup may continue to be sold.

Today the population has practically doubled since 1975.

Certainly these multinationals speculate and even if ethically questionable progress is unstoppable.

The agri-food market, however, must meet an ever-increasing demand that goes hand in hand and a general impoverishment: many people struggle a quadrant far from the accounts and therefore makes the way of the need to spend as little as possible. Market demand often involves low-cost food, obviously to the detriment of quality and health itself.

So the problem grows and evolves, just like Roundup …

So it ends The Monsanto Years
by Neil Young