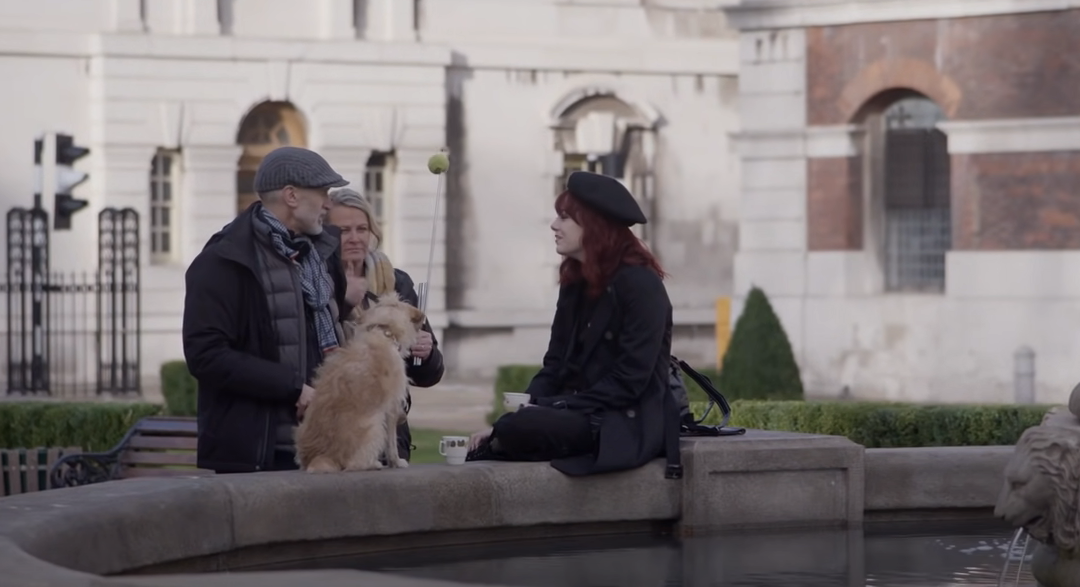 You can find the professional review here on the Matavitatau blog, I would like to have a chat, this time it goes well with tea, indeed tea at Regent’s Park.

And in particular I would like to talk about the soundtrack that I found fitting and that as far as I am concerned has absolutely underlined the whole vision giving an indisputable added value.

The original part was edited by Nicholas Britell. Jamie Fisher in the New York Times reports an interview with Barry Jenkins who describes him in detail . The phrase that struck me is “… there’s a slight Willy Wonka vibe to Britell in his studio” and I would say this is a good thing.

But then there is a whole long “repertoire” of quotes that to define “noteworthy” is absolutely reductive.

Time of the season: Estella arrives at the Liberty department stores, among other things some scenes were recorded in the real location.

Feeling good by Nina Simone: Estella is happy because the Baroness liked her window and wants her to work for her.

The Baroness. Emma Thompson. In fact she is a lot like Miranda Priestly but I preferred Charlotte from The boat that rocked. 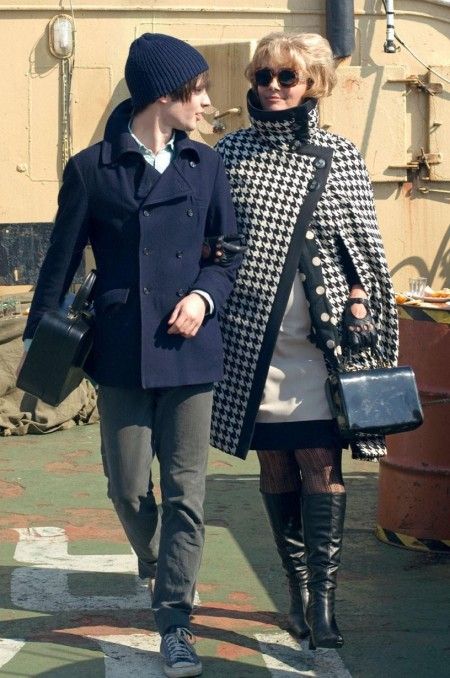 On first viewing: when Emma / Charlotte arrives on the ship, the WOW effect for me was far greater.

You will tell me: and what does it have to do with it? Nothing, in truth.
But I found common elements such as the music, the period, the swinging London… and it seemed much more “baroness” Charlotte, but you always correct me if I’m wrong.

Indeed, I let myself be corrected directly by her who declared: “oh, it’s some of the greatest track of all time.I mean, I arrive to the sound of The Doors … which I never arrived to any cooler soundtrack.”

Staying on the look theme, I wondered how the choice of Florence + The machine was born given that Florence Welch herself highlighted her affinities: “I was always interested in clothes and fashion seemed like this outlet for creativity, dressing up, for me, has always been a sort of self-actualizing of the inner spirit. I feel like it’s a way of getting to wear the soul of you outside of yourself.”

Florence also reveals that she uses clothes as a kind of “armor” to protect herself as her career expands. Just like Cruella uses fashion.

Another great woman who made fashion, but above all made history: Debbie Harry with One way or another in fact, as I have already written, I repeat that we should take a leaf.

Just as the concept of These boots are made for walking by Nancy Sinatra always holds true, perhaps obviously necessary, in a positive sense of course.

The version of Whole lotta love by Tina Turner and Ike fits well I would say.
Even if I have to listen to the original again: among other things, it was recently voted as the song containing the best guitar riff ever.

And since we’re on the topic of rankings, I mention the Maneskin version of I wanna be your dog, keeping in mind that the BBC has published their “storming” in the English charts, which is a lot of stuff for how Italian music is generally considered.

I know, I’ve already gone a long way and haven’t even mentioned Stone Cold Crazy, Hush, or Sympathy for the devil. And I still would not have concluded, in fact it would take single dedicated posts because it is stronger than me: I don’t know how to be short

It is true that it was said that this would be tea instead of the usual coffee, but I force myself to leave room for your comments because I am very curious to know your preferences, even if Cruella would say: “I’m just getting started, darling. .. “