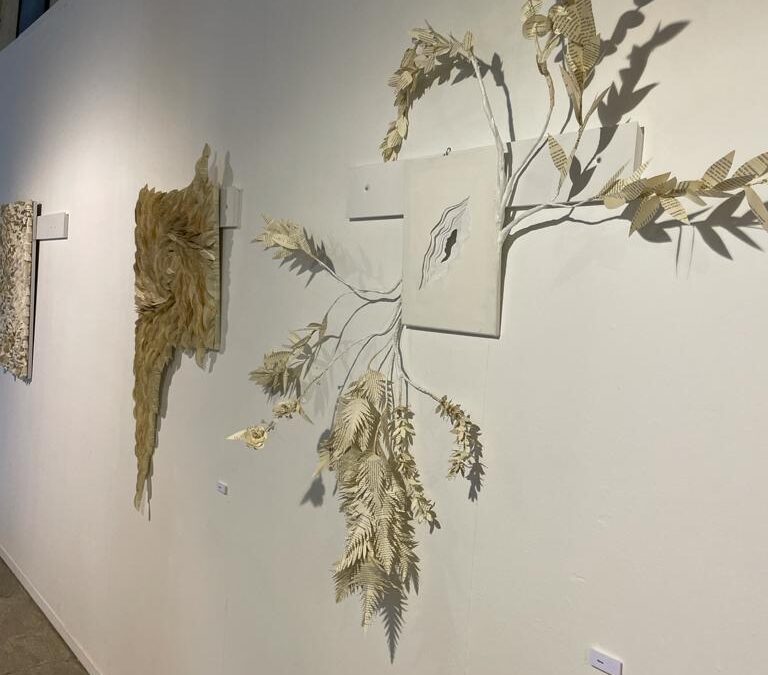 I have already written how enchanting I find the creations of Samantha Bonanno, but now that we met and that she explained her world a little I must absolutely reiterate: do not miss them!

The books, the paper, the words, take shape and magically transmit emotions in a new dimension, absolutely coherent but at a sensorially three-dimensional level that tangibly reveals the soul enclosed in meanings so far only thought and imagined.

Metaphors, impressions, sensations and feelings expressed in a visual, evocative, and at the same time real and engaging sense.

In particular, the Art exhibited at the Scuderia of Castello Visconteo Sforzesco in Vigevano on the occasion of the exhibition Con la natura e con le mani represent the myth of Persephone in sequence.

Geode. A stone, but also Earth from the root of the name: Geo.
A return to the origin to understand where we started and what we can discover in depth. Waves of matter as a flow of time. 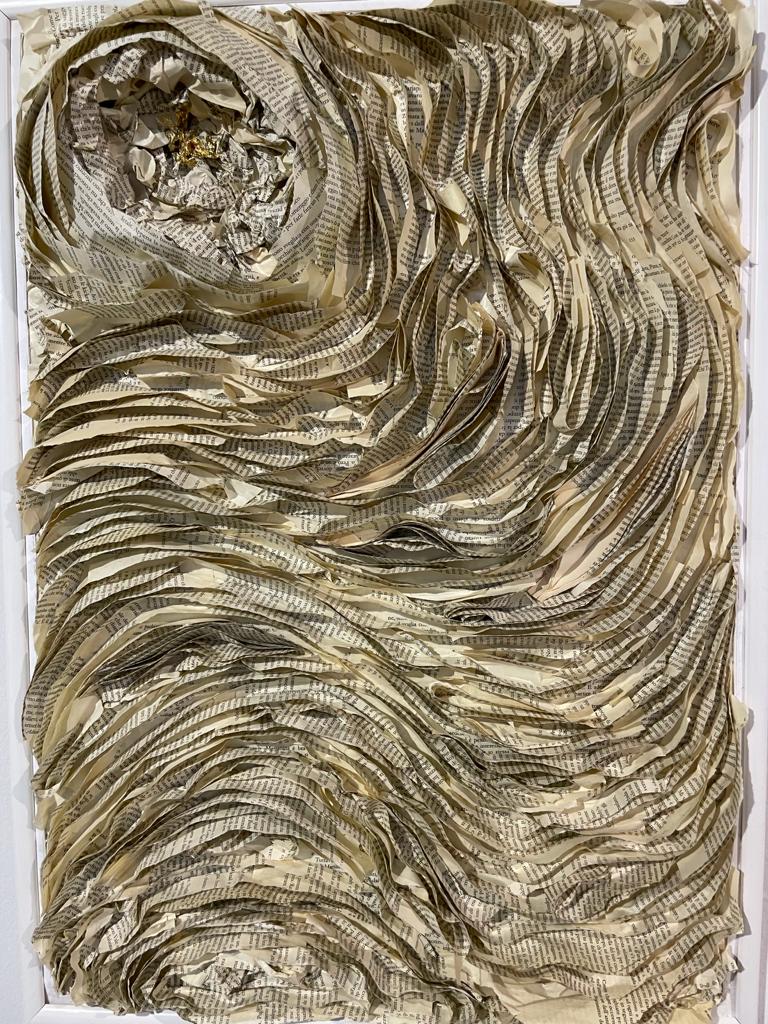 Kore. Childhood, youth. The spring that Persephone herself brings to earth in this existence of hers divided halfway between her mother Demeter who opposes the abduction carried out by Hades, and the role of queen of the underworld.
Κόρη, literally: the daughter; another name, of which numerous variants are known, first of all, Persephone [Περσεϕόνη];
In the double life of Kore the very reality of nature is foreshadowed by which everything that has life is born from the bowels of the earth and – after having completed a certain cycle – returns to the earth.
CORE: In common parlance, by core we mean the “core of the body”. 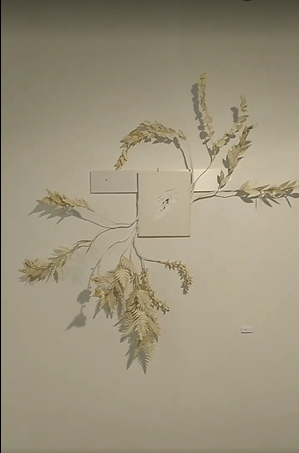 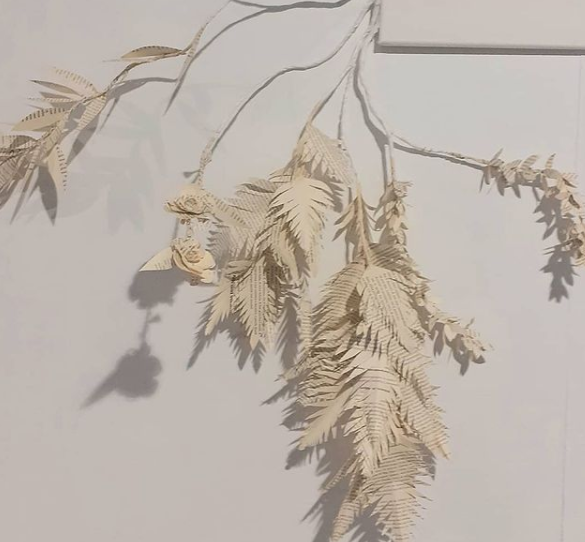 Hekate. Sisterhood, transformation, dreams and magic. The cycle of life but also the center.
In ancient Greek: Ἑκάτη, Hekátē: she was the goddess of magic and crossroads and was the powerful mistress of darkness, she ruled over the demons, over the night, the moon.
She possessed in herself both the principles of generation, the masculine and the feminine. For this reason it is defined as the source of life and is attributed the vital power over all elements.
This work was made with pages of books in all languages. 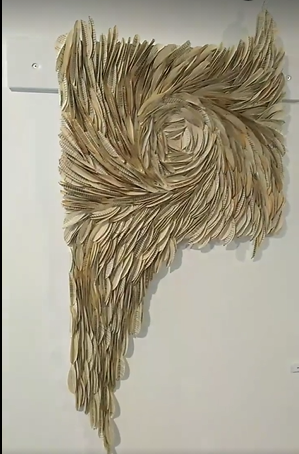 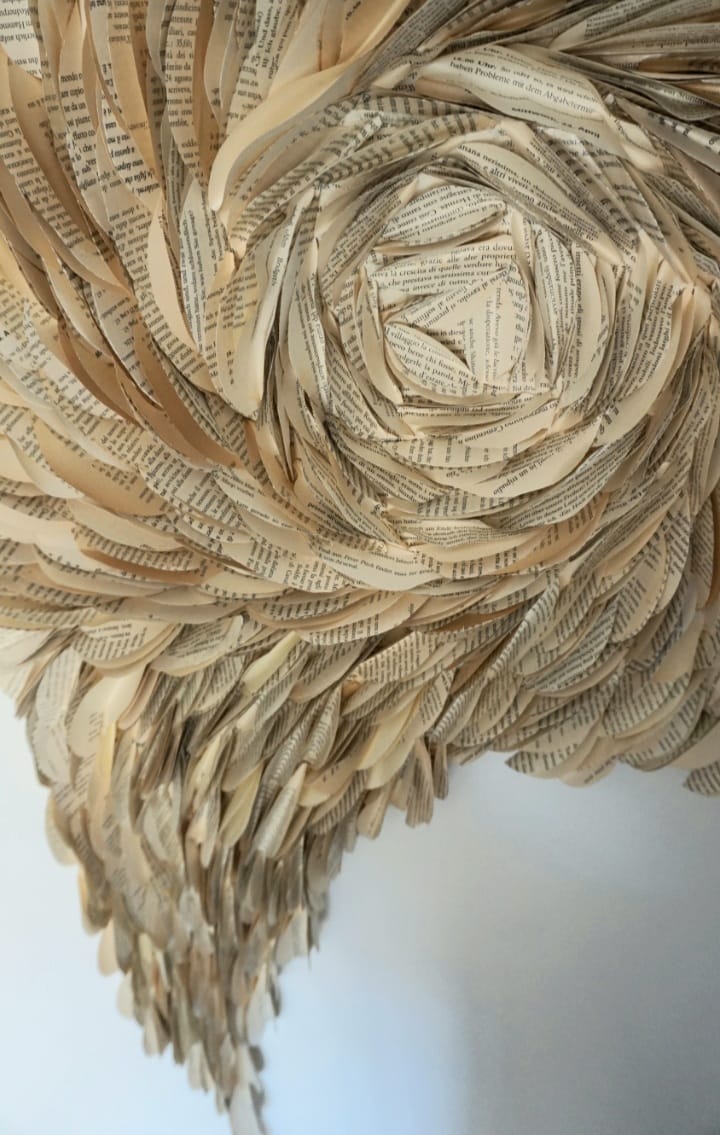 And finally Ade. Created with a book not so good, but also in this case a balance: between good and evil.
Basically Persephone does not hate him, not everything is negative, just as from a less pleasant book Art can be born in such a sublime way. 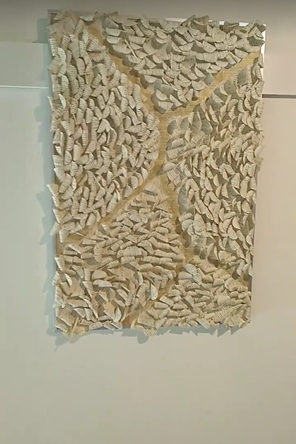 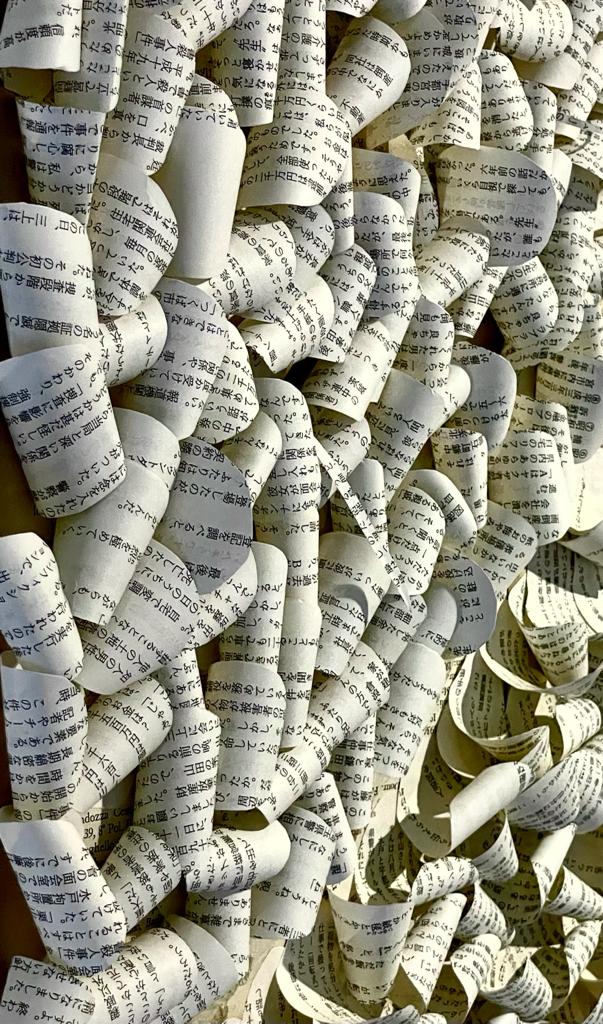 Then maybe Samantha will correct me if I am wrong or leave something out, but in the meantime I advise you to deepen her works because even the sculptures are an unmissable experience for me: from falling in love.

And I would say that Samantha Bonanno in her works contains the essence of …
“To give human life a lofty and enchanting meaning.”
Hermann Hesse. 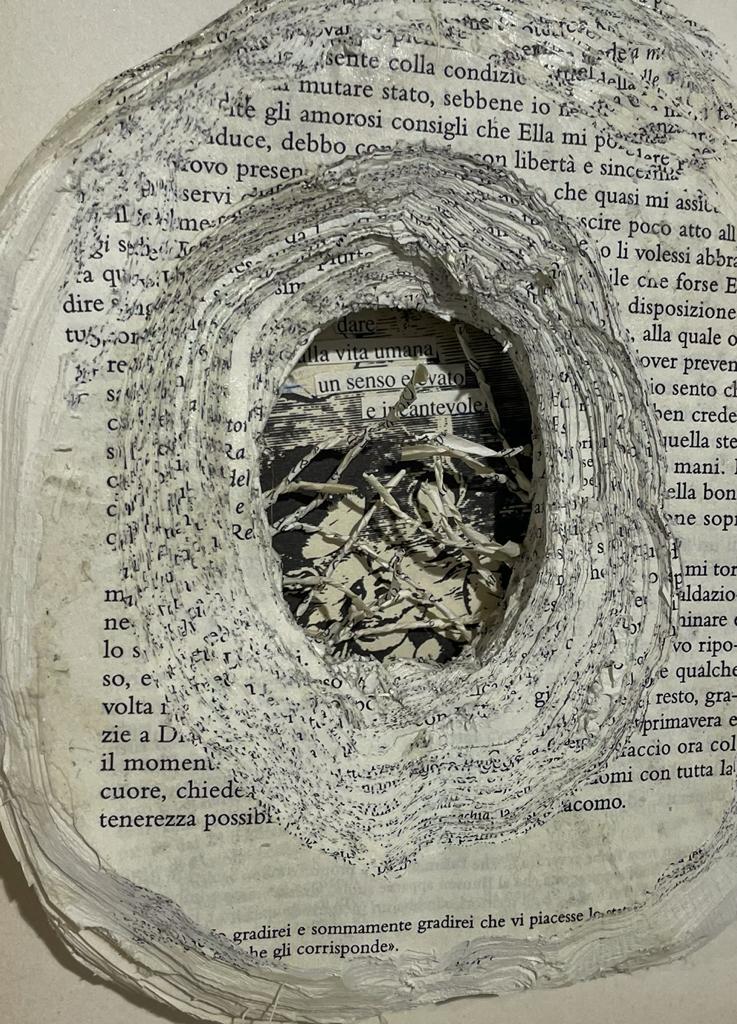 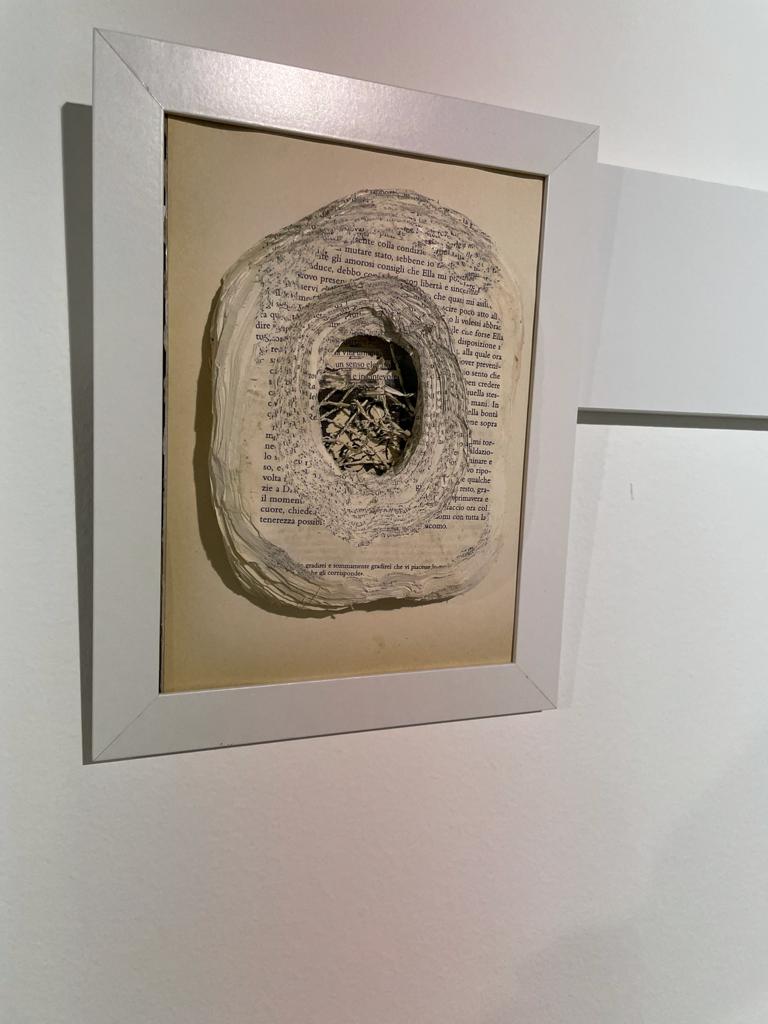