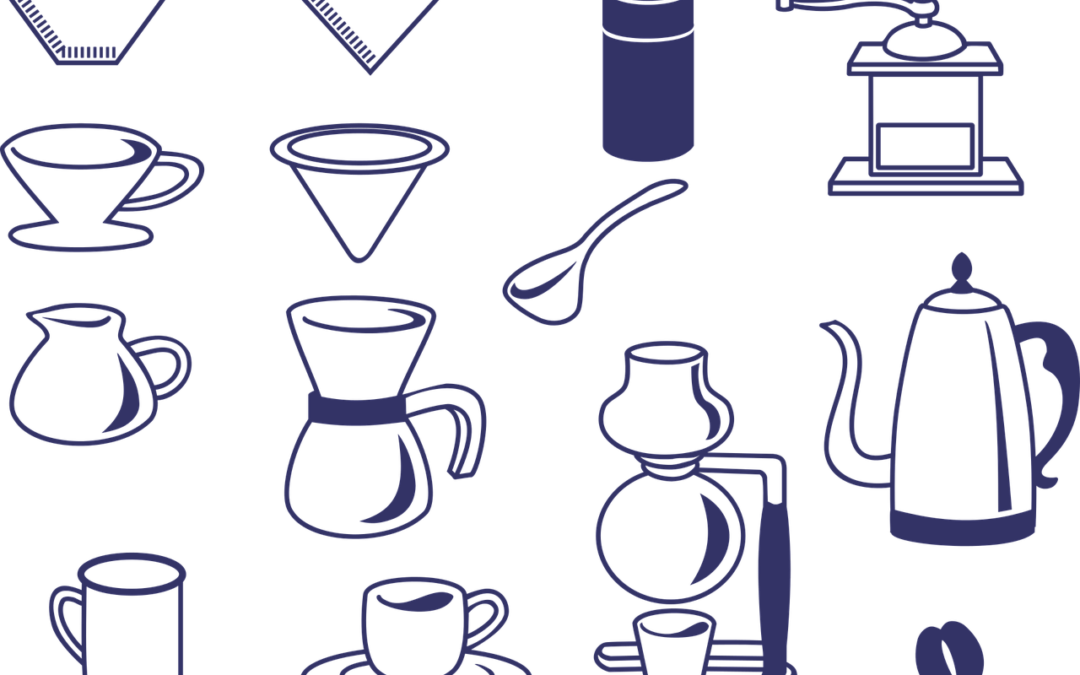 We started from 1884 and the first espresso machine created by Angelo Moriondo but Lu author of the blog The Caustic Misanthrope,  in addition to tips on rice,  pointed me to the 19th century coffee maker!

It was originally the Vacuum: illustrated in this video by Trieste Coffee Experts: an event that brings us back to a place we have already talked about for its coffee supply chain

The Vacuum also called Vac Pot or Syphon Pot, was born in 1830.

In 1850 the next evolution: the Balancing Syphon Brewer.

The Balancing Syphon consists of two containers with a siphon tube connecting them.

Coffee is placed in one of the two containers, usually made of glass, and water in the other made of ceramic or copper.

An alcohol lamp heats the water, forcing it through the tube to the other container, where it mixes with the coffee.

As the weight changes, a balancing system based on a counterweight or spring mechanism is activated, which in turn causes the lamp to turn off.

A partial vacuum is formed, which sucks up the mixture originated through a filter, and returns it to the first vessel, from which coffee is dispensed through a tap.

Is your cup ready?

What do you say, wanting to make it a family affair, can we therefore say that Vacuum Pot and Balancing Syphon are the grandmother and great-grandmother of the mocha?

Certainly the names Vacuum Pot and Balancing Syphon sound more scientific than familiar, but their cruets also represent warmth, anticipation, and the ritual that foreshadows something good.

At this point the connecting links remain, and in this regard I think back to the enameled coffee pot with floral decoration with which my parents first, and my brother later, decorated the kitchen.

I then have this little one

what shall we call it?

And what about your coffee pot? 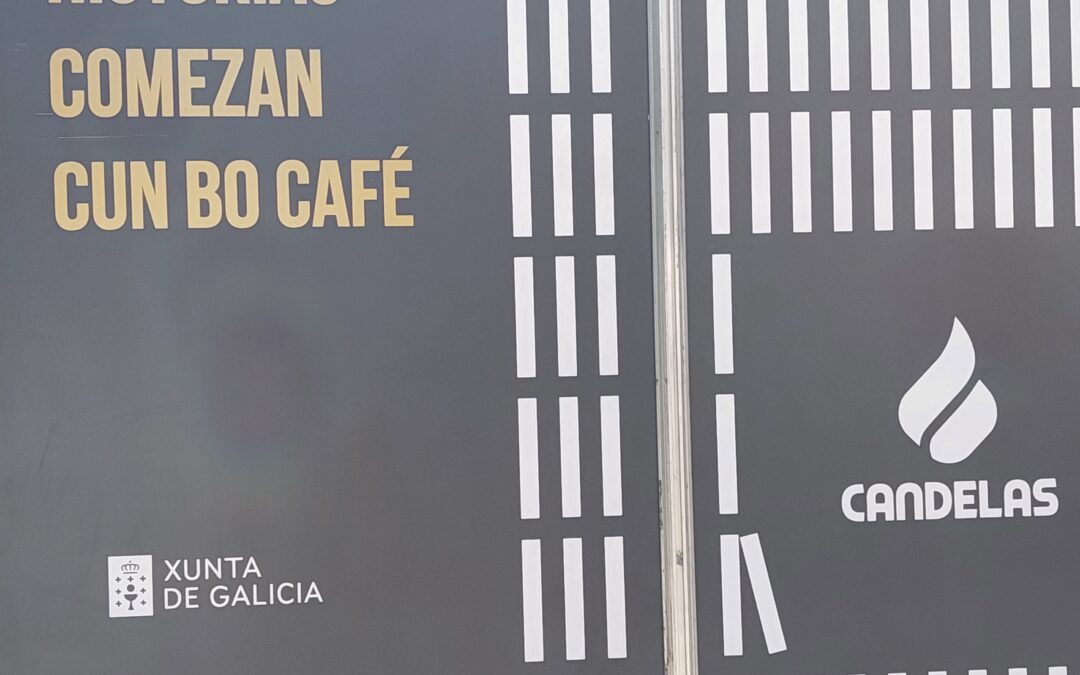 Filosofeggiando in allegrezza is the blog that gives us a new stage of the Journey from mug to mug, and now I have plenty of joyful serenity for these pictures too!

As you may have guessed, the photo below the title is from Spain: Galicia, and to be precise it is from the Vigo Book Festival.

As Feiras do Libro de Galicia take place every year in various towns and cities in Galicia, in the spring and summer months, with stalls run by booksellers, and an extensive program of parallel activities, such as readings, meetings with authors, exhibitions, book presentations, etc., that make these events a meeting of great cultural interest.

The writer who most universalized Vigo was Jules Verne, in a passage from 20,000 Leagues Under the Sea.

Have you read it?

I missed it until my son brought it home from the elementary school library, but there’s always time to recover, right?

In Verne’s novel, the Vigo estuary hides very rich treasures from the Battle of the Bay or Battle of Rande.

The battle took place on October 23, 1702 between the Anglo-Dutch and Spanish-French coalitions during the War of the Spanish Succession. Spanish galleons arrived at the Vigo estuary laden with the greatest treasure that had ever crossed the Atlantic: gold and silver, jewels…

“The sand was littered with those treasures. Then, laden with that precious booty, those men would return to the Nautilus, deposit their burdens and resume that inexhaustible fishery for gold and silver.”

Since then hundreds of dives have been made in the waters of the Vigo Estuary in search of treasure. Without going any further, six battle-related wrecks were located and identified in 2011.

Thus, don’t you think that the quote chosen to introduce the Festival:

If you want to discover further interesting anecdotes about Galicia, don’t miss the description of the trip here on Filosfeggiando in Allegrezza.

Speaking of precious things then, here are two coffees from Monforte de Lemos! 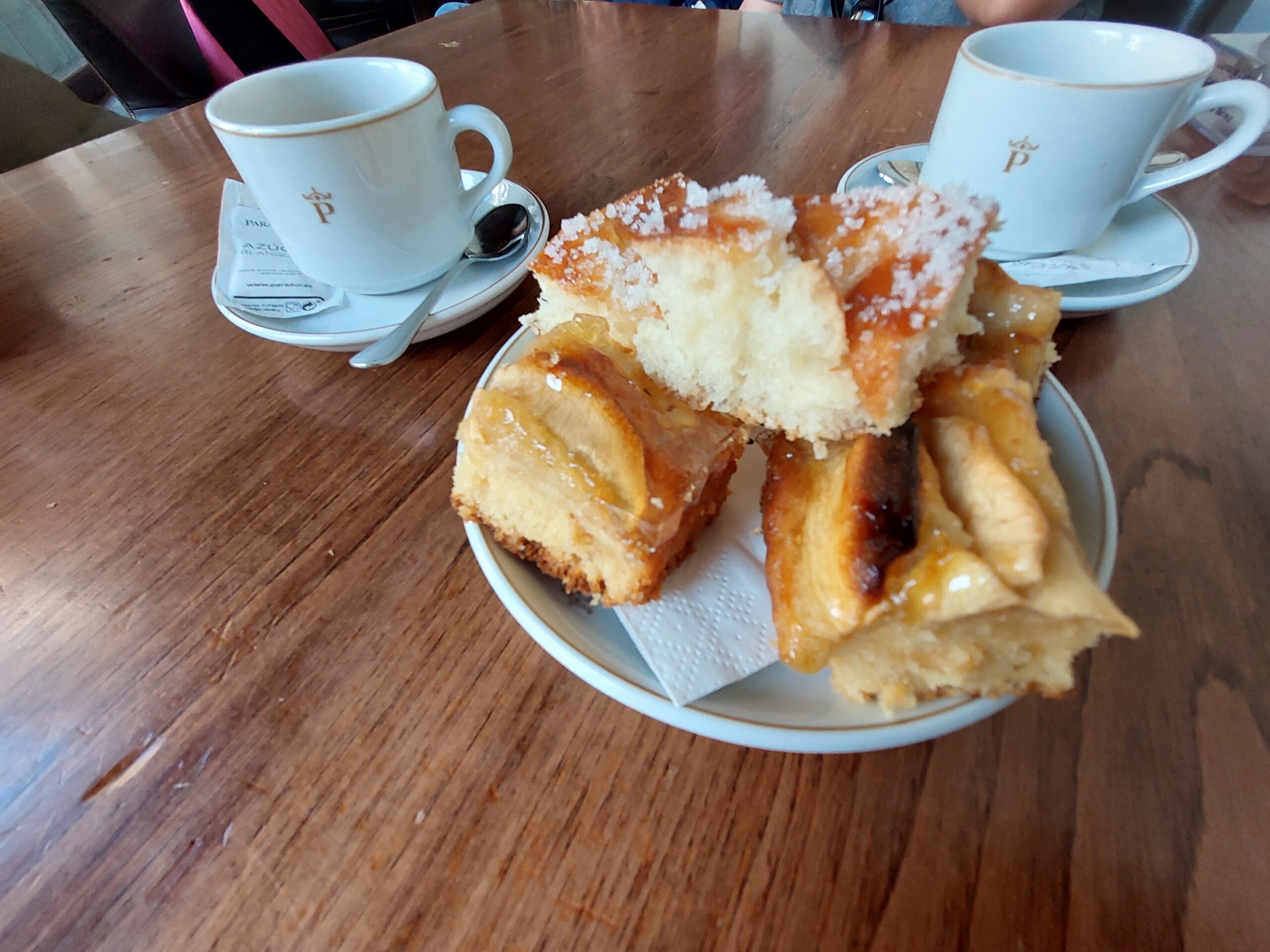 So after Verne we can also mention Miguel Cervantes’ El ingenioso caballero don Quijote de la Mancha, precisely with reference to the Count of Lemos.

But about Monforte de Lemos you can ind more details on Filosfeggiando in allegrezza in the second part of the report.

And what about you? Where have you had your coffee lately? 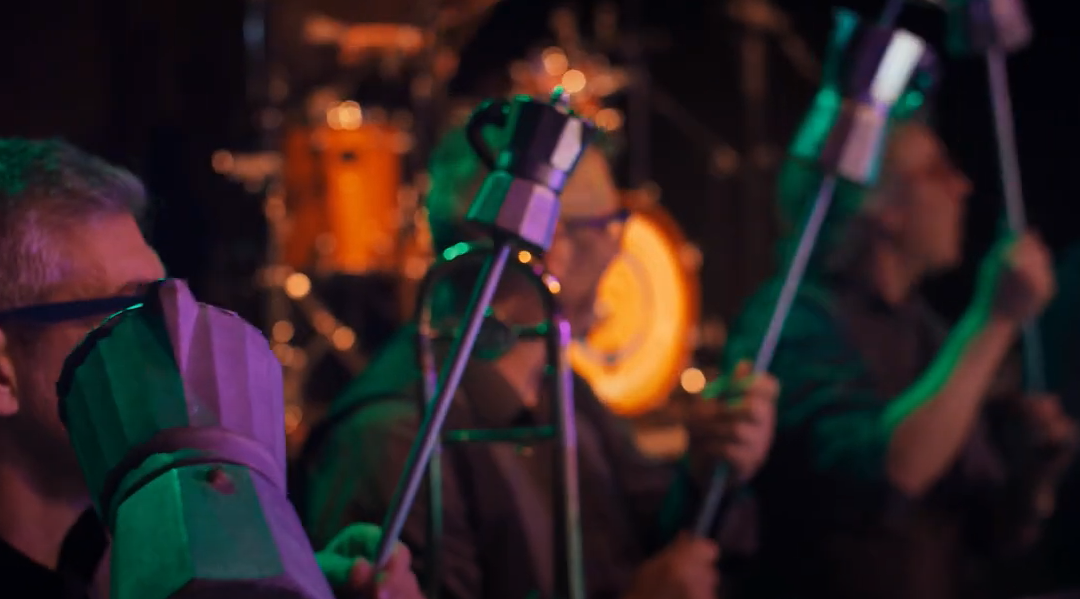 On the fact that the bubbling of coffee rising in the mocha is a pleasant sound we all agree, right?

I report again the chance to download the ringtone.

We have already seen together an alternative use of the mocha for cooking mushrooms.

Do you know of any others?

Following Giuliano Sangiorgi‘s participation at the Locomotive Jazz Festival I saw that the mocha can become a musical instrument!

They are the MOKA Family big band.

They call themselves fourteen crazy musicians who, armed with instruments and musical mokes, shoot thoughtful lyrics to the rhythm of Symphonic Swing’n’Roll in a stage-musical game suspended between reality and imagination.

Sounds like a good saraband to me, the merriment is infectious, don’t you think?

So thinking about the musical mocha, what other object produces a sound that you particularly enjoy?

It could be the sizzle of pancakes, the “sclock” of the cap of a jam jar … here we also go on onomatopoeia and therefore I ask for help with the right words.

Or is it the cookies under the teeth that crackle?

In The Big Chill for example, the characters make a sheet of aluminum foil musical.

And when you throw yourself on the sofa? The noise is muffled and preludes the welcome of comfort that awaits us.

Staying on the relaxation moments but also on the music theme: are you among those who under the roar of the shower water sing? 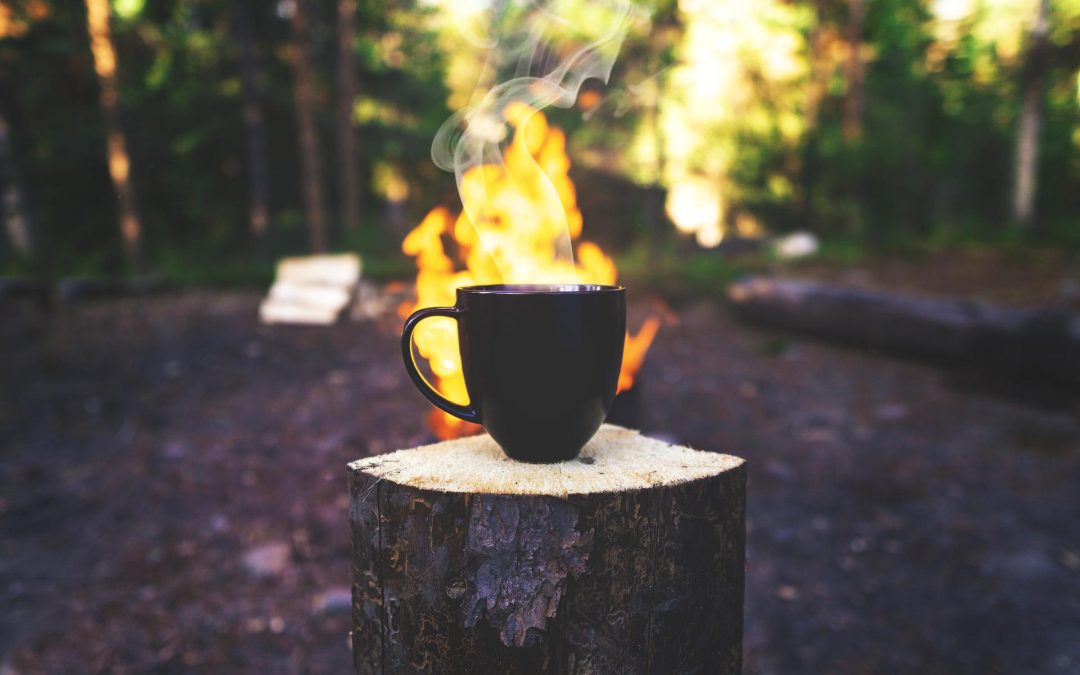 NEST IN THE PARK

If I say Nest in the Park, what do you think?

Specifically: Ticino Park, which I have already told you about.

Could it be a nest in the park for Ibis?

Or a nest in the park for them?

What about a den?

No: Nest in the Park is an Eco-camp, to be precise it is the first Italian Tentsile Experience Camp.

What does this mean?

It means camping tents suspended in the trees for a total immersion experience in Nature. 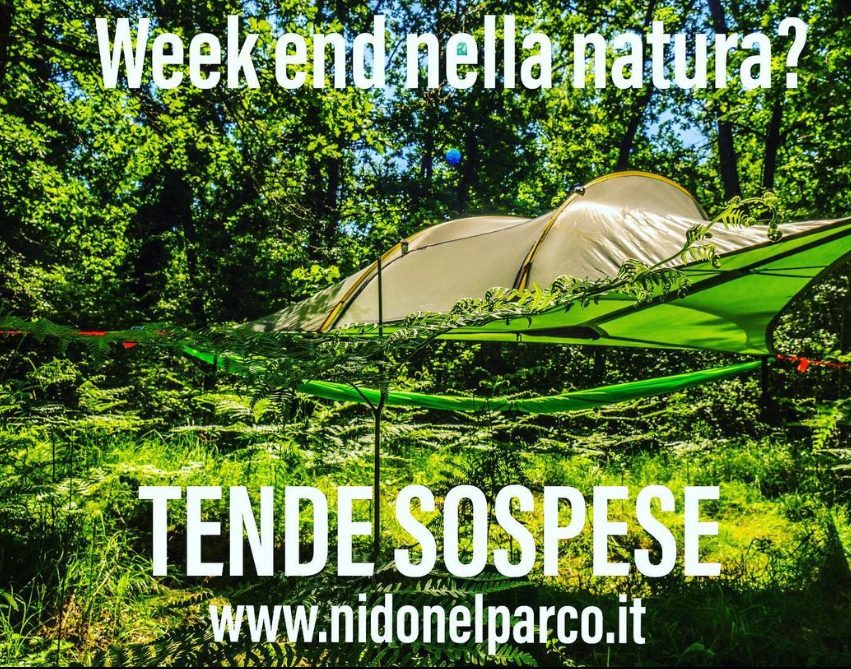 Can you imagine waking up and having a coffee in the heart, in an actual sense, of the Ticino Park?

Or, more generally, what is your ideal vacation?

I grew up experiencing camping vacations, not as extreme as the Park Nest, but equally significant enough to occupy a special place among the memories of the heart. 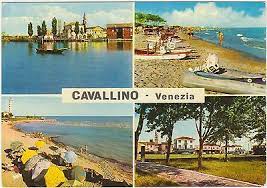 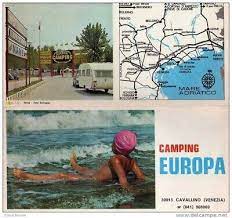 Of course, it’s all different now, we no longer talk about camping but glamping, and it seems light years from the time when postcards were sent …

And by the way, I’ve come a long way too, literally.

With my husband, holiday transformed: from the static “camping” to mile-long walks to visit as many places as possible.

Besides Paris I would mention Umbria. 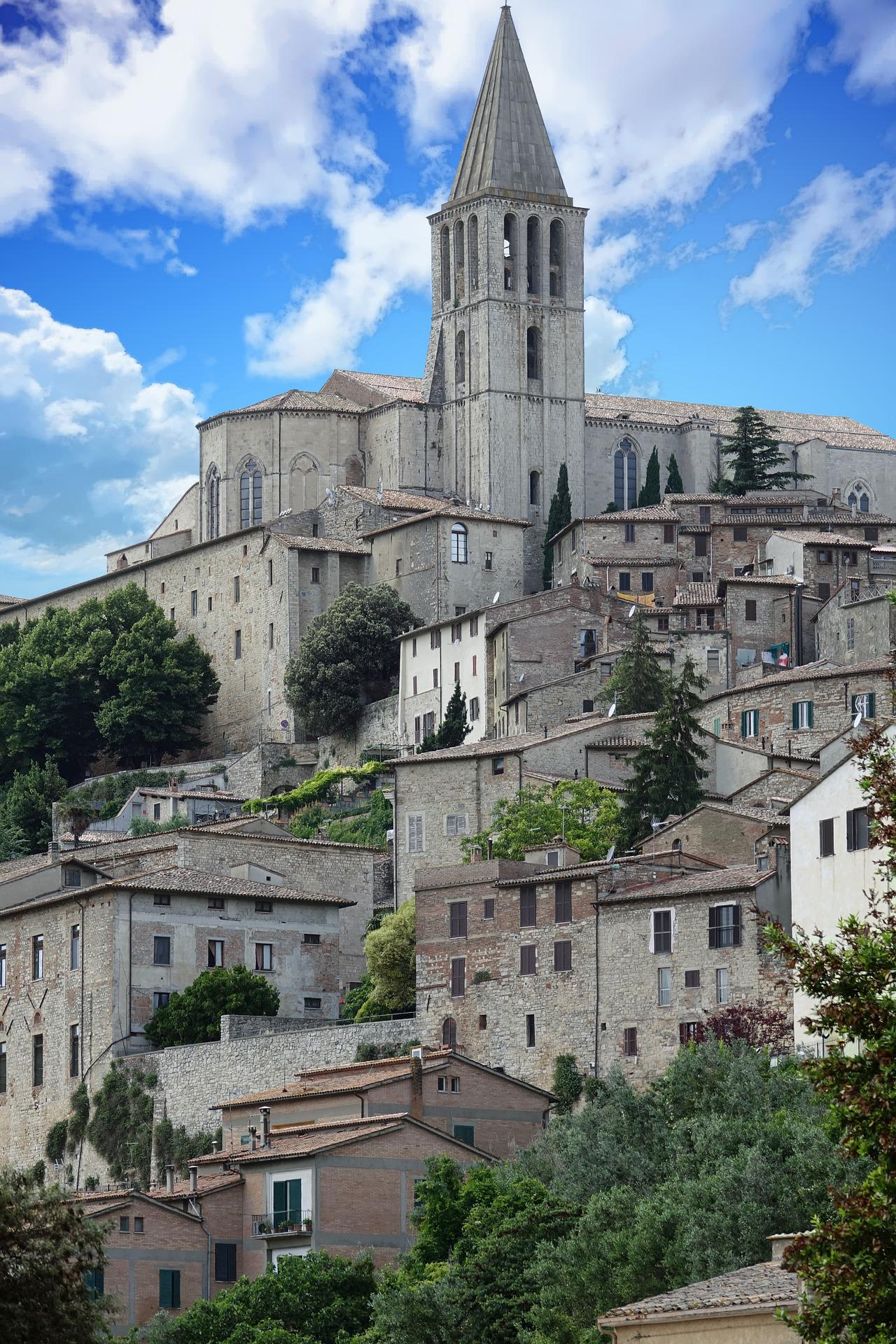 But what about you? What holiday can you tell me about?